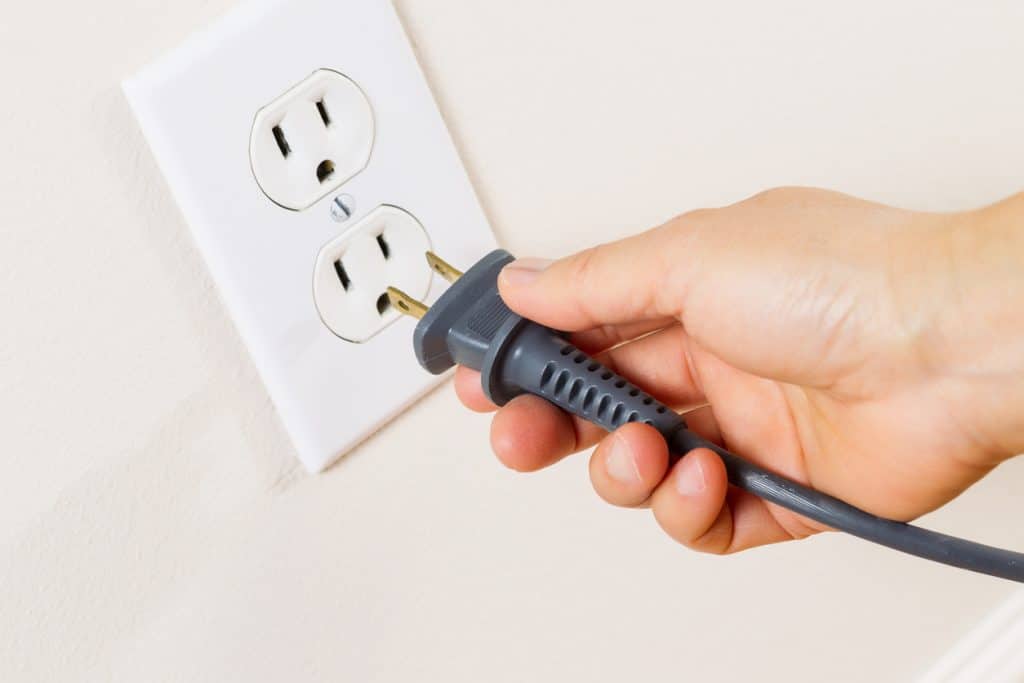 Some people are surprised to find that appliances and electronics can drain energy even when they’re not on but merely plugged in. An amazing 10% of your electric bill comes from appliances and devices that aren’t even turned on. There may be as many as 50 of these energy vampires in a home. Here are some you may consider unplugging when they’re not in use to save money.

Anything Operated By Remote Control

Any appliance or device that responds to your remote control is still basically “on” even when it’s off. This can include your television, set top box, DVD player, and air conditioning unit. If you don’t use these items regularly, it’s best to unplug them.

When you put a computer into “sleep” mode, it’s merely sleeping. Because it’s not completely powered off, it’s still using energy to make sure that apps and programs remain active. The sleep mode also lets the computer be turned on at a touch of a button. Put the computer in shut down mode, and unplug it if you’re not going to use it for a while.

Having a coffee maker preset to have a steaming cup of joe ready for you when you wake up is a dream, but when the coffee maker isn’t making coffee, it’s using up energy. This is especially true if the coffee maker has a clock. Unplug it when it’s not in use.

Many people leave their printer in standby mode so that it can be ready to print whenever. If it’s going to be a while before you print something, turn off the printer and unplug it. This also goes for wireless printers.

Microwave ovens, like any other appliance that displays the time, draws power even when it’s not doing the task it was made to do. Unplug it if it’s not going to be used for a while.

Chargers, whether to a cellphone or a portable light or power tool, draw power when they’re plugged in. It doesn’t matter if they’re not powering up a device. Pull them out of the outlet if they’re not being used.

Winter nights can be chilly in Camarillo, and residents may have need for a space heater every now and then. Space heaters gobble up energy and are somewhat hazardous when they’re turned on. Every HVAC professional and electrician will tell you to unplug a space heater if it’s not being used.

Call Us to Learn What to Do About Energy Vampires

Our electricians are proud to have served the businesses and residents of Camarillo for over 25 years. We’ll not only give you tips on how to conserve energy and thus lower your energy bills, but we’ll also perform all manner of electrical services. This includes generator and electrical panel service, lighting, and remodeling. Call us at Economy Lighting and Electric today to learn more.

We are committed to your electrical service satisfaction

Over 25 years of electrical service while operating out of Camarillo, CA

Our customers continue to express their appreciation with 5 star reviews

Nina K.
★★★★★
Read More
Lisa, Todd and the team are very responsive and professional. Vance & Jacob removed an old microwave and helped source electricity to a new location in the kitchen. They accommodated appointments so it would flow with the rest of the kitchen renovations. Five star service all around.

Lizeth L.
★★★★★
Read More
Had ceiling fan issue and called Economy in the morning and they were at my place by noon. Great service, friendly and professional staff and reasonable pricing. Will definitely use them again!
We have an average rating of 5 stars ★★★★★ across Google, Facebook, Yelp, Angi, and Porch!
Google Yelp Facebook-f Instagram